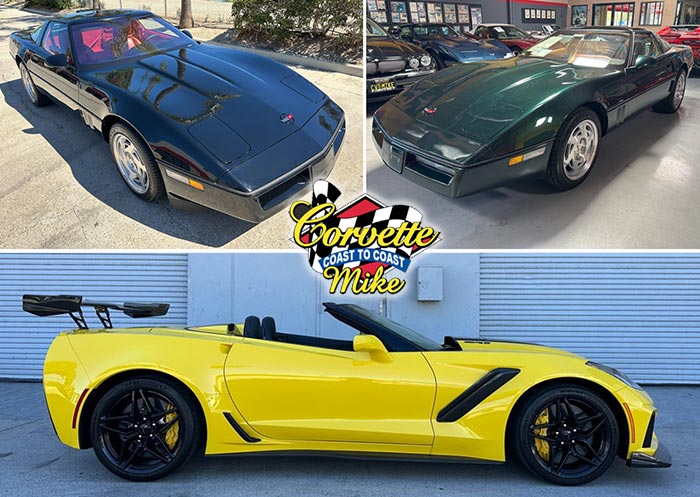 Just like life without a Corvette, October can be spooky. Good thing that the fearless crew at Corvette Mike is here to share some of their scary good inventory with us. This month they’ve got a trio of Corvette ZR1s to fend off any rogue goblins.

The Corvette Mike team has been buying, selling, and consigning Corvettes for 40 years. Over that timeframe, they’ve helped countless enthusiasts find that special Corvette of their dreams. Whether you’re looking for a meticulously restored C1 or a factory-fresh C8 Stingray, Corvette Mike likely has what you’re looking for. Check them out online or give them a call at 714-630-0700.

Since 1970, the ZR1 option code has indicated the top of the heap regarding Corvette performance. This month we’ve got three of the best ones available to share with you, representing the C4 and C7 eras. 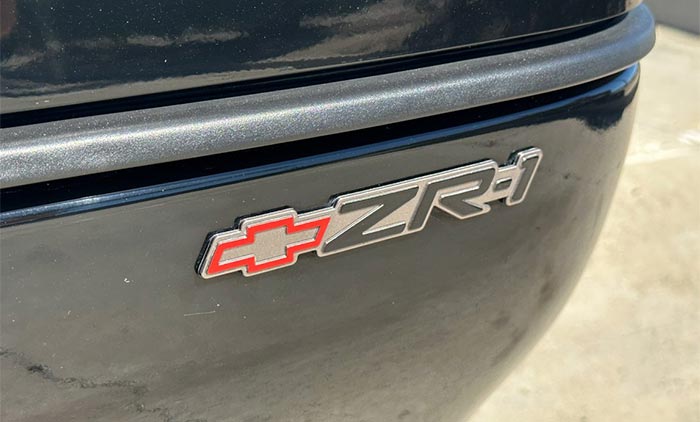 While the first run of ZR1’s lasted only 50 or so cars between 1970 and 1972, the option came roaring back in 1990. That’s when RPO ZR1 returned with a vengeance. The biggest news was under the C4 clamshell hood in the form of the revolutionary 375hp DOHC, 32-valve, LT5 engine. The first overhead cam and multivalve engine ever in a Corvette was designed in Europe by Lotus and assembled in Stillwater, Oklahoma, by Mercury Marine. From there, the LT5’s were installed into Corvettes in Bowling Green, Kentucky. The ZR1 also featured special bodywork from the A-pillar back which added 3 inches of width to the car. The extra space allowed for massive 315-width tires out back. In its debut year, Chevrolet sold over 3,000 ZR1s. Production would continue through 1995 with just over 6,000 total C4 ZR1s built.

The C4 Corvette ZR1 is probably best known for its many speed records. The most notable of which is the 24 Hour Endurance Record of 175.885 mph. 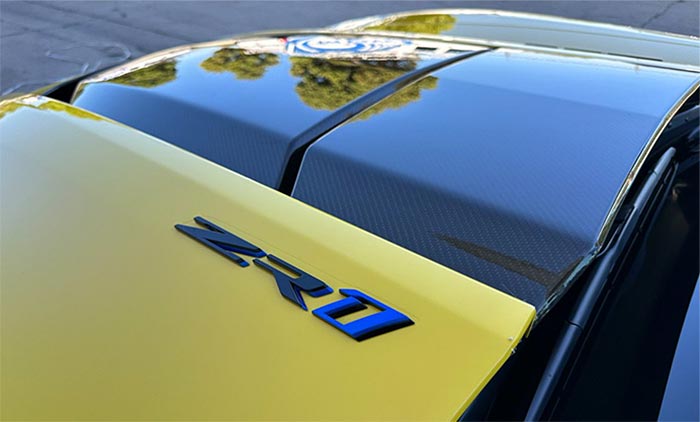 All ZR1s are special cars, and the collector car market has finally caught on to that. Buyers clamored for these cars when they first hit the market and many paid considerable sums above the sticker price. Sound familiar? If you missed out back in the 1990s, here’s your chance to own not one, but two time-capsule C4 ZR1s.

This 1-of-104 Polo Green on Beige ZR1 is virtually new in every way. It’s number 1,962 of the first year run, features the 375hp LT5 and 6-speed manual transmission, and it shows just 44 miles on the odometer. Look at the photos and you’ll see that the plastic is still on the seats, the paper mats are still on the floor, and the edge guards are still on the doors. The listing states that it even “still smells new when you get behind the wheel!” Naturally, it’s still wearing the original Goodyear Gatorback tires, and the sale includes every piece of original paperwork, including the famous ZR1 “Pizza Box” with the plastic wrapping still intact.

1990 ZR1 number 1,581 remains in nearly new condition with just 1,800 miles on the odometer. It’s one of the 907 born in Black. That dark exterior is complemented by a striking bright red interior. Options include ZR1 staples like the LT5, 6-speed manual transmission, FX3 adjustable suspension, and sport seats. Interestingly, this ZR1 is one of the few built with the manual HVAC system. Catch it now on Bring a Trailer.

When it was time to send off the 7th generation Corvette, Chevrolet chose the “go big or go home” approach.” With mid-engine fever running rampant, they needed something huge to mark the end of front engine Corvettes. Enter the reborn LT5 engine. This time sporting 6.2 liters of displacement and 755 stomping horsepower. The super C7 rocketed from 0-60mph in 3 seconds and topped out at 212mph. Like the C4 ZR1, we’d never seen anything like that before.

A little under 3,000 C7 ZR1s were made during its 1-year run. Our October ZR1 is 1 of just 16 convertibles born in bold Corvette Racing Yellow. The ZR1 has traveled just 2,800 miles and is totally loaded with options. Some of those features include the top-dog 3ZR package, the ZTK track package, competition sport seats with suede inserts and yellow stitching, an 8-speed automatic transmission, yellow calipers, Carbon Flash wheels, carbon fiber and suede steering wheel, and more.

To learn more about these three highly collectible Corvettes for sale or to view the other collector Corvettes offered by Corvette Mike, visit them online at CorvetteMike.com or give Tim a call at 714-630-0700 and let them know you found these Corvettes on CorvetteBlogger.com!

Common Mistakes That People Make When Involved in Car Accidents

Thu Oct 13 , 2022
If you are at any time involved in a automobile incident, it is vital to know what to do. There are lots of widespread faults that persons make immediately after an incident, and these issues can typically direct to further more troubles down the highway. In this web site article, […]